What Do Euro 6 Emissions Standards Mean For You? Air quality is an increasingly contentious topic of debate, with diesel cars and vans bearing the brunt of the responsibility for consistently falling standards of air quality. This issue is growing particularly noteworthy in cities, some of which have implemented diesel-bans in their city centres. What are Euro 6 emissions standards, and what do they mean for you?

Euro 6 refers to the European Union’s sixth phase of a project designed to lower the amount of potentially harmful pollutants that come from vehicle exhausts. To do this motor manufacturers are increasingly pushed to make their engines more efficient, while also adding elements such as AdBlue and diesel particulate filters to try and lower harmful emission levels.

The harmful pollutant from a diesel engine is known as NOx, Nitrous Oxide. However other particulates which basically amount to soot are common to diesel cars too, both of which can cause serious breathing and long-term health issues.

What Is The ULEZ?

The ULEZ is the Ultra-Low Emissions Zone and is an area of London that levies an additional charge on certain vehicles that are deemed to be excessively polluting. Euro 6 diesel cars and vans are currently allowed within the ULEZ zone, which is the same area as the Congestion Charge zone currently – though plans are afoot to extend its radius outward by the end of 2021.

If you drive a Euro 5 or older diesel you will need to pay a daily charge for driving it within the ULEZ zone. Though the ULEZ zone is currently only in London, it is expected that similar schemes will begin to be implemented in more cities. This will eventually culminate in the proposed ban of sales of new petrol and diesel cars by 2030. There are also increasing numbers of roadside emissions tests, whereby vehicles travelling within ULEZ areas can be stopped and tested then issued a fixed penalty notice if their vehicle fails to fall within acceptable emissions limits.

What Can You Do About It?

Currently, the best thing to do is make sure you have a post-Euro 4 petrol car (2006 or so) or a post-Euro 6 diesel (2016 or so) vehicle. This will ensure that your vehicle is conforming to all necessary emissions regulations. If you’re going to drive an older vehicle you should take it to a trusted garage, such as you’ll find on the Green Garage Network, regularly to ensure that its emissions are as good as they can possibly be. 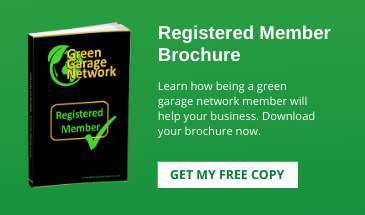